Business News / Feeling the heat? Here’s how it could get worse this summer

Feeling the heat? Here’s how it could get worse this summer Summer is officially still a week away, but triple-digit heat is already here in the Valley of the Sun.

The season is usually associated with higher temperatures, pool parties and cookouts. But this year, it might also be associated with something more unpleasant — rolling blackouts.

Experts are pointing to three major factors why more blackouts are expected in the next few months: post-pandemic energy demand, climate change and war.

Summer is also when electricity use is at its peak. But this year might be more brutal than ever. The North American Electric Reliability Corporation recently alerted the public that two-thirds of the U.S. could experience summer blackouts due to demands on the power grid and higher-than-normal temperatures. That could translate to multiple wildfires, dry hydrological conditions and even, in some extreme cases, death. 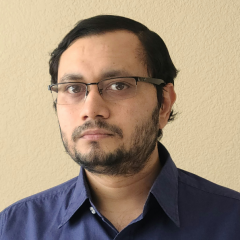 ASU Now spoke to Anamitra Pal, an assistant professor in the School of Electrical, Computer and Energy Engineering, for answers.

Pal’s research focuses on data analytics using time-synchronized measurements, artificial intelligence applications in power systems, energy modeling in smart grids, and critical infrastructure resilience. He believes the world will get through this summer, but long-term thinking is required for the future sustainability of electrical delivery.

Here’s what he had to say:

Question: Experts are predicting that this summer will be especially brutal and that the United States and the world will experience more blackouts than in the past because of three things: pandemic, climate change and the Russian invasion of Ukraine. What’s your reaction to this prediction?

Answer: In my opinion, climate change and the war with Russia have a higher potential to disrupt power supply during the summer of 2022 in the United States. The society as a whole appears to have come to terms with the COVID-19 pandemic, and unless something entirely unforeseen happens — which I am not ruling out completely — its effects on the power grid should be minimal.

Q: Why do these issues – pandemic, climate change and war – pose a potential threat to blackouts?

A: The pandemic has resulted in a shifting of the load from the commercial and industrial sectors to the residential sector; however, the net load has not changed drastically. Moreover, due to the closure of many commercial and industrial offices, the total load of the (power) system has even decreased in many states. The pandemic did result in load forecasts being thrown off and created issues with voltage regulation and challenges in scheduling maintenance. However, in the last two years, power system operators have become familiar with these problems, and so going forward, they should be able to plan around them.

Climate change has been and continues to be one of the major threats to the modern power system. Most power engineers run their systems considering extreme-but-expected operating conditions. However, as climate change causes the frequency and intensity of extreme weather events such as massive hurricanes and wildfires to rise, it is quite possible that the available resources will be insufficient to manage the system under such extreme-but-unexpected circumstances. For example, power utilities usually plan for the summer based on prior historical data. Consequently, if an unprecedented heat wave event occurs this year, the system may not have sufficient reserves to support the higher-than-expected demand.

The war between Russia and Ukraine is the most uncertain of the three threats, and the hardest to plan for. The most likely impact of this war on the power grid of the United States will be in the form of cyberattacks. Russia has been deemed responsible for cyberattacks in the past, including the one in Ukraine in 2015 that resulted in power outages lasting one to six hours for approximately 230,000 consumers. If something similar occurs in the United States during this summer, the consequences will be much more severe.

Q: Let’s focus on the United States for a minute. One would think that the nation has an excellent infrastructure in place to deal with issues like these. Do we have a problem with our infrastructure or power grid?

A: The North American power grid is not only the world’s largest machine but also one of the oldest continuously operating machines in existence. As such, many of its components are not designed to withstand the impacts of climate change and/or cyberattacks. A complete overhaul of the electric power infrastructure is also not possible due to its sheer size and the fact that all other critical infrastructures rely on it for their successful operation. This is the main problem that we are facing right now.

Q: What are some short- and long-term solutions to help address these issues?

A: The way forward would be to make strategic, targeted interventions that can fix the issues that arise without negatively impacting everything else. As an example, through a recent grant funded by the National Science Foundation, I am leading a multidisciplinary team that is studying the interactions between wildfires and the electric power infrastructure. The objective of this grant is to prevent/reduce wildfire damages and minimize power outages by improving wildfire risk assessment and management options beyond existing frameworks and paradigms.

Similarly, adding more renewables into the system will have the dual impact of reducing climate change-inducing greenhouse gas emissions while also increasing the nation’s total power supply. A judicious hardening of key segments of the power grid, such as at the grid entry points, can significantly minimize the negative impacts of a cyberattack.

A: To solve problems that are outside the domain of normalcy, it is necessary to think of solutions that are out of the box as well. How successful we are, only time will tell.