Phoenix, and Arizona, are rapidly gaining in population. New Arizonans — workers, neighbors, friends, and family to many of us — have come to our state for social and economic opportunity. We simply aren’t building homes fast enough to put roofs over their heads. 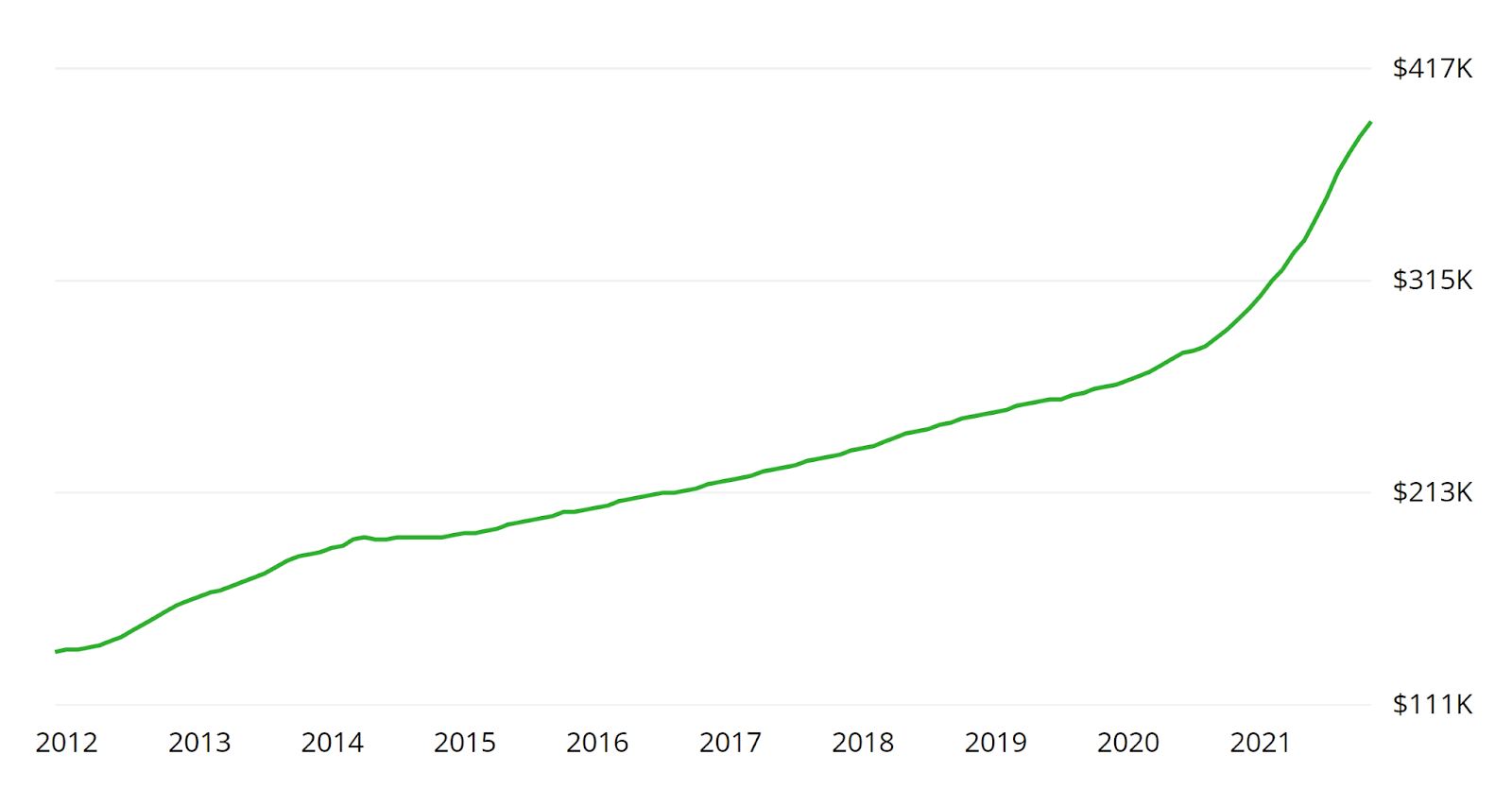 We have a supply and demand problem. Housing construction is not keeping pace with population growth, and the gap between housing supply and demand grows every day. This has caused Arizona’s housing prices to skyrocket, impacting one of Arizona’s distinct competitive advantages: affordable land and affordable housing.

Much of this issue centers around zoning. Phoenix and surrounding areas have a ton of “single-family zoning” — think suburbia — with little “high-density zoning” — think apartments and townhouses. For many years, Arizona thrived as a suburban hub. As time has gone on, and the state has become an increasingly popular destination for emigrants from across the nation and world, the Valley and cities across the state have gotten quite crowded.

This isn’t to say that single-family housing has got to go. It most certainly does not. It is to say that policymakers ought to reconsider the balance of low- and high-density zoning.

Just take a look at Phoenix’s zoning map (this is just a cross-section, the full map can be found here): 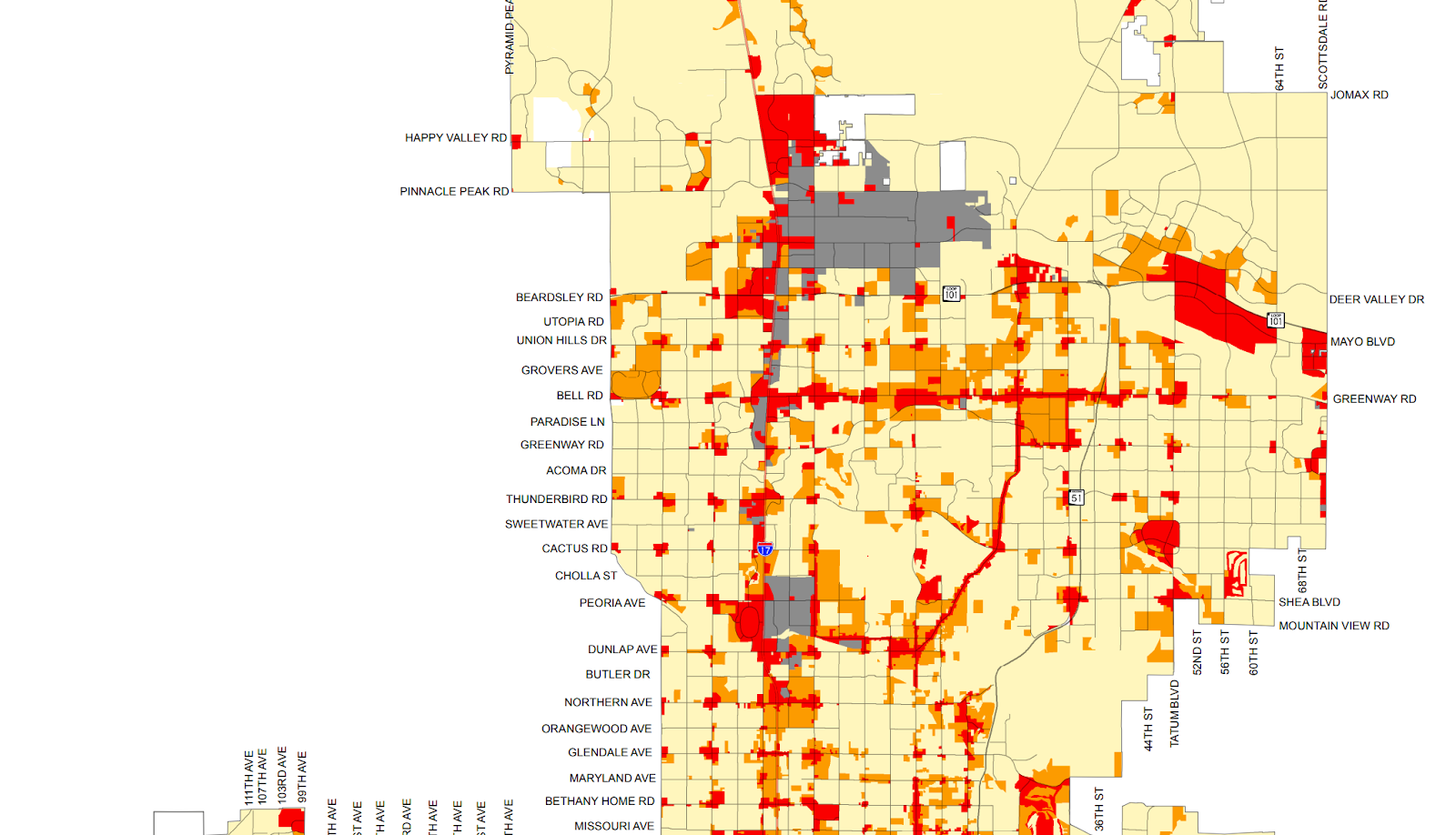 Lots in red are zoned for commercial use. Lots in orange are zoned for high-density housing. All that light yellow is single-family zoning.

Leaders in government should work with community leaders, developers, job creators, and residents to expand high-density zoning and allow builders to fulfill market demand for housing. Right now we’re choking the hose, and it’s raising prices for everyone.

Inclusionary zoning is a policy which “requires or incentivizes private developers to designate a certain percentage of the units in a given project as below market rate (BMR)—cheaper than their value on the market, and often less than the price of producing them.” While it sounds good on paper, it ultimately reduces housing supply and raises housing prices.

Rent control, to quote Megan McArdle of the Washington Post, is “[t]he one issue every economist can agree is bad.” Housing is a commodity that is governed by the laws of supply and demand, and price controls in this market do nothing to expand housing access, and actually “reduce… the incentive to supply rental housing.”

Milton Friedman’s clarity is relevant here: “One of the great mistakes is to judge policies and programs by their intentions rather than their results.”

Thankfully, Arizona has a statewide ban on cities enacting inclusionary zoning and rent control. But a lack of high density zoning in the Phoenix valley is contributing to Arizona’s increasing dearth of affordable housing.

One of the most important solutions to rapidly rising housing prices is quite simple: build more housing. That can’t be done so long as cities and towns across the state opt for anti-growth zoning and regulatory policies that push out low-, middle-, and working-class residents who can barely afford to get by as is.

Policy solutions and thorough research on the issue already exist. Organizations like the Arizona Multihousing Association have been fighting this battle for years and their policy recommendations deserve serious consideration as leaders race to solve this housing crisis.

The time is now for Arizona leaders, particularly those in cities and towns across the state who directly oversee zoning laws, to act on housing. Let’s venture beyond good intentions, and secure good outcomes as well.

Joe Pitts is studying business management (B.S.) and civic and economic thought and leadership (B.S.) at Arizona State University. He is an intern at the Arizona Chamber of Commerce & Industry, and the cofounder and Editor-in-Chief of the Western Tribune.