Here are 20 athletes with ASU ties competing in Tokyo Olympics Above: ASU alumnus Chris Benard, shown here competing in the 2017 World Championships in Athletics in London, will be representing the United States in Tokyo in the triple jump. (Photo by Omar Mota, ASU) Business News | 26 Jul | Arizona State University

They may have been delayed a year, but ASU is ready to go for gold at the 2020 Tokyo Olympics, which open July 23.

ASU head swimming coach Bob Bowman will be on the coaching staff for USA Swimming in the Olympics. He served as the Olympic team’s head coach in 2016 and has been an assistant Olympic coach in 2004, 2008, 2012 and this year. Bowman, named ASU head coach in 2015, coached Michael Phelps to 28 Olympic medals over five Games from 2000–16.

Here’s a look at this year’s ASU athletes in the Olympics:

Amukamara played for ASU women’s basketball from 2011 to 2015. She is the first ASU women’s basketball player to play in the Olympics. She played in every one of ASU’s 131 games between 2012–15, recording starts in 97 of those contests. Amukamara is sixth place on ASU’s all-time steals list and third in career steals in NCAA Tournament games. She was selected by the Phoenix Mercury in the 2015 draft, the year she graduated with a bachelor’s degree in communication from The College of Liberal Arts and Sciences. 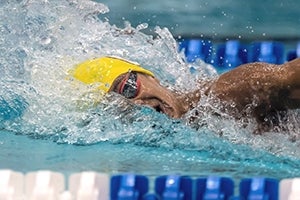 Arroyo is a current ASU redshirt freshman majoring in exercise and wellness. He won gold in the 400-meter medley at the Puerto Rico International Swimming Open in May; his time of 04:16.63 set a Puerto Rican record.

Benard was a member of ASU track and field from 2010 to 2012. He earned eight All-America honors from 2011–13. He broke ASU’s indoor triple jump mark and won the Pac-12 triple jump. Benard finished 16th at the Rio Games with a jump of 16.55. He graduated in 2012 with a bachelor’s degree in interdisciplinary studies from the College of Integrative Sciences and Arts.

Ciganda was a member of ASU women’s golf from 2008 to 11. She helped ASU win the 2009 NCAA title as a freshman and made conference history as the first to win back-to-back Pac-10 championships with titles in 2009 and 2010 and then finished third in 2011. Ciganda was the British Amateur champion in 2007. She finished 39th at the Rio Olympics. 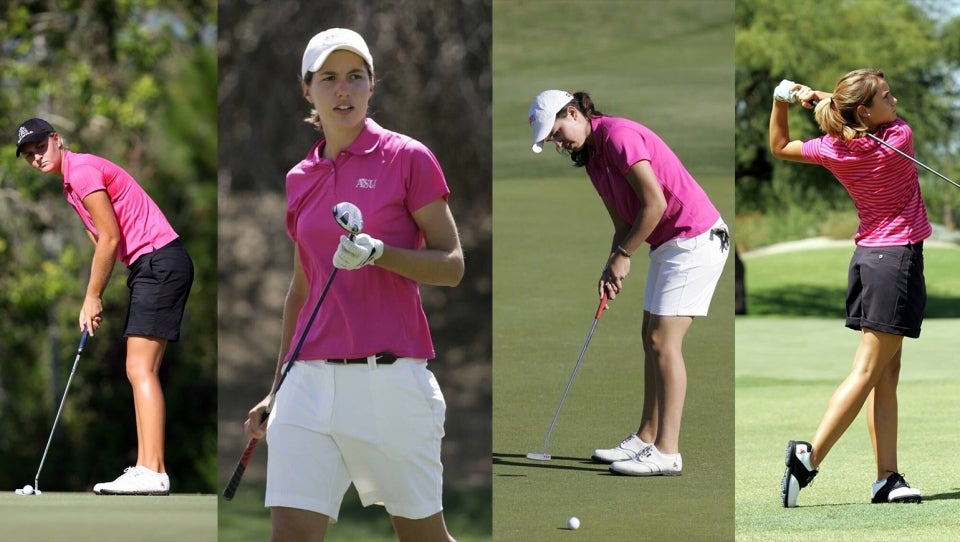 Escobedo was a pitcher for ASU softball from 2011 to 2014. She has one national championship and three trips to the Women’s College World Series under her belt. She had a 115-26 record (.815) and a 2.01 career ERA. Escobedo is second in ASU history in wins (115) and strikeouts (1,222). She graduated in 2015 with a double major in family and human development from The College of Liberal Arts and Sciences and special education from Mary Lou Fulton Teachers College and in 2017 with a master’s degree in curriculum and instruction, also from the Teachers College. 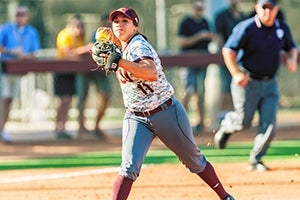 Shortstop Gonzales played for ASU from 2014 to 2017. She led the Sun Devils in 2017 with a .353 batting average and 13 home runs and started all 53 games played. She finished her career sixth on the ASU home run list (44) and seventh on the RBI list (183). Gonzales graduated in 2017 with a bachelor’s degree in family and human development from The College of Liberal Arts and Sciences.

Marchand will be a freshman at ASU this fall, majoring in computer science, and he is the current French record holder in the 400-meter individual medley. His parents both competed for France in the Olympics. 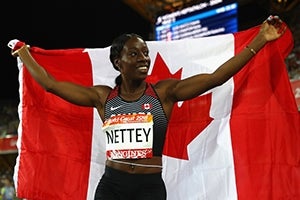 Nettey was on the ASU track and field team from 2010 to 2013. The 2011 Pac-10 champion in the long jump finished second at the 2013 NCAA Championships and is a three-time long jump All-American. She holds the second-best long jump in school history with a mark of 21-07.25. Nettey graduated in 2013 with a bachelor’s degree in interdisciplinary studies  from the College of Integrative Sciences ans Arts. She finished 11th at the Rio Games.

Nordqvist played for ASU from 2006–08, where she was the Pac-10 co-champion and the Pac-10 Player of the Year in 2007. She has eight LPGA Tour wins and three victories on the Ladies European Tour. Norqvist won the 2009 LPGA Championship and finished 11th at the Rio Olympics in 2016.

Rahm golfed for the Sun Devils from 2012 to 2016. He won 11 collegiate events at ASU in that span and has since won six times on the PGA Tour, including his first major at the 2021 U.S. Open. Rahm graduated in 2016 with a bachelor’s degree in communication from The College. Tokyo is his first Olympics. 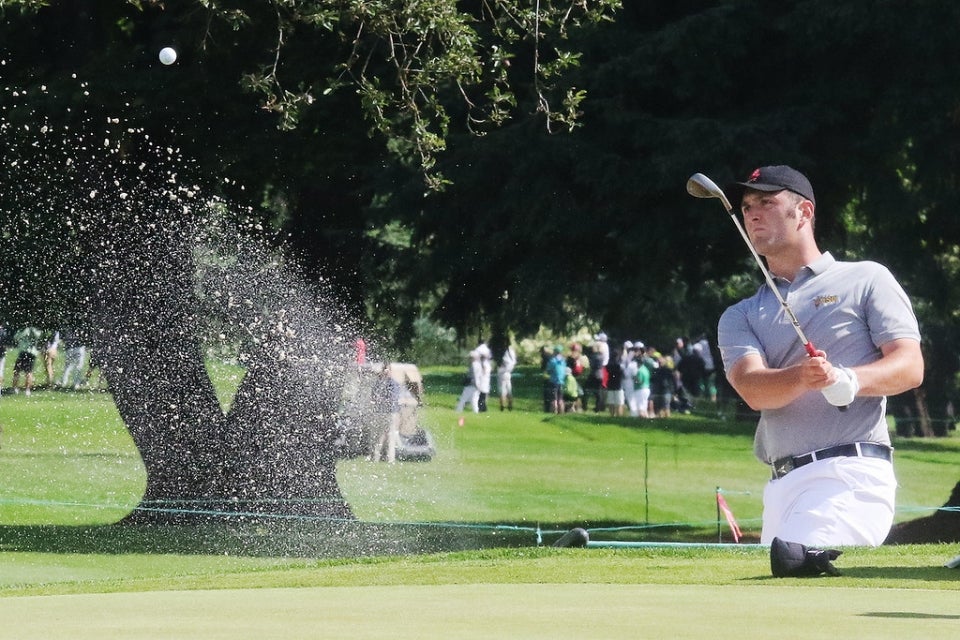 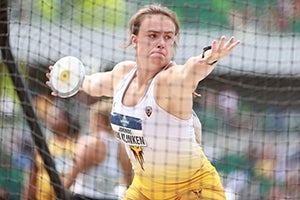 Van Klinken, a current ASU graduate student in global management, took the world lead and broke the Dutch discus record in spring 2021, days before the NCAA West preliminaries. She went on to win NCAA gold in the discus. She was the Pac-12 Women’s Field Athlete of the Year in 2021, after her first season with ASU.

Webster played for ASU water polo in 2006. Her 63 goals and 82 points that year put her at the top of ASU’s freshman record books. She placed sixth at the 2016 Olympics and earned the bronze medal at the 2012 London Games.

NOTE: Kelsey White qualified to play water polo for South Africa but announced on July 14 that she would not be playing for COVID-19 reasons.