Don’t like paying $5 a gallon or more for gas? Well, get prepared for some more bad news: Gas prices are likely to go up in the near future as millions are making travel plans for the summer.

That demand is expected to push the price of gas to record highs in July and August, according to an Arizona State University expert.

Coming out of the pandemic, cost doesn’t appear to be an issue because Americans are ready to go on vacation — even if it means spending exponentially more.

ASU News talked with Andrew Inkpen, professor of management and the J. Kenneth and Jeanette Seward Chair in Global Strategy at the Thunderbird School of Global Management, about the climbing price of fuel.

His research focuses on global strategy, the management of multinational firms and the management of strategic alliances and international joint ventures. In recent years he has been focused on the global energy industry and is actively involved in executive education programs for various firms, including ExxonMobil, RasGas, CEMEX, Ericsson, Teleflex, Volvo Penta, Brunswick, DENSO and Cisco Systems.

Here’s what Inkpen had to say about the country’s current pain at the pump: 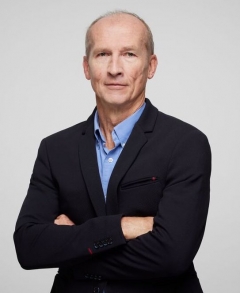 Question: Summer travel season is upon us and more demand for fuel is likely. How will that impact prices in the near future?

Answer: In a normal summer, demand for motor fuel usually increases, and that tends to lead to higher prices. So far it looks like Americans want to travel, especially since the pandemic has ended. It is likely we will see higher prices in July and August.

Q: How does the United States currently derive or get its fuel sources?

A: The U.S. is the largest producer of liquid hydrocarbons. Liquid hydrocarbons are mainly crude oil, which is used to make gasoline and diesel. The majority of the gasoline and diesel used in the U.S. comes from U.S.-produced oil. Some oil is imported, mainly from Canada. That is primarily because it is logistically easier to get Canadian crude to U.S. refineries. Some U.S. crude oil is exported. Overall, the U.S. is a net exporter of liquid hydrocarbons. However, because the U.S. both imports and exports crude oil, the U.S. is plugged into the global market for crude oil, which means U.S. consumers pay global prices for their fuel.

Q: The media has also drawn comparisons to the oil crisis of 1973. Is that an accurate comparison?

A: There were two oil crises in the 1970s: one in 1973 and one in 1979. The ‘73 crisis was a deliberate attempt by ME producers to exert political influence over what was happening in Palestine. Although there was an attempted embargo, it did not amount to much and eventually fizzled out.

The situation today is much more complex, with many factors influencing energy prices: the war in Ukraine and Russian oil; the continuing sanctions on Venezuela and Iran, two major producers; Chinese restrictions on refined product exports; pent up demand after the pandemic; U.S. oil and gas producers focusing on profit instead of production; and the U.S. government making it harder for U.S. producers to get access to new exploration areas.

Q: What can our government do now to alleviate rising gas prices?

A: There is not much the government can do in the short term. They can release oil from the strategic reserve but that won’t have much of an impact. In the longer term, the energy transition away from oil and gas will happen, but we will still need hydrocarbons for decades. The government can ensure that the U.S. remains a favorable place to produce oil and gas. Otherwise, demand will stay high, supply will get tight and prices will keep going up.