Lifestyle | 27 Mar | Rent.com
Let’s just say it’s a lot easier to socially distance in some cities more than others.

This is a prime time to shine the spotlight the least crowded cities in the U.S. These are places where crowds will never be an issue. Mostly because there’s a lot of land area for every person living there.

Finding the least crowded cities in the U.S.

We scoured our data to find the cities with the smallest population per square mile, narrowing it down to spots with at least 50,000 people that covered a minimum of 10 square miles. Our top 10 list of the least crowded cities includes places from coast to coast, with plenty of stops in between. There’s even a repeat offender on our list — go Arizona!

If you’re ready to make a move and give yourself a little more legroom, any of these cities might be a perfect choice. 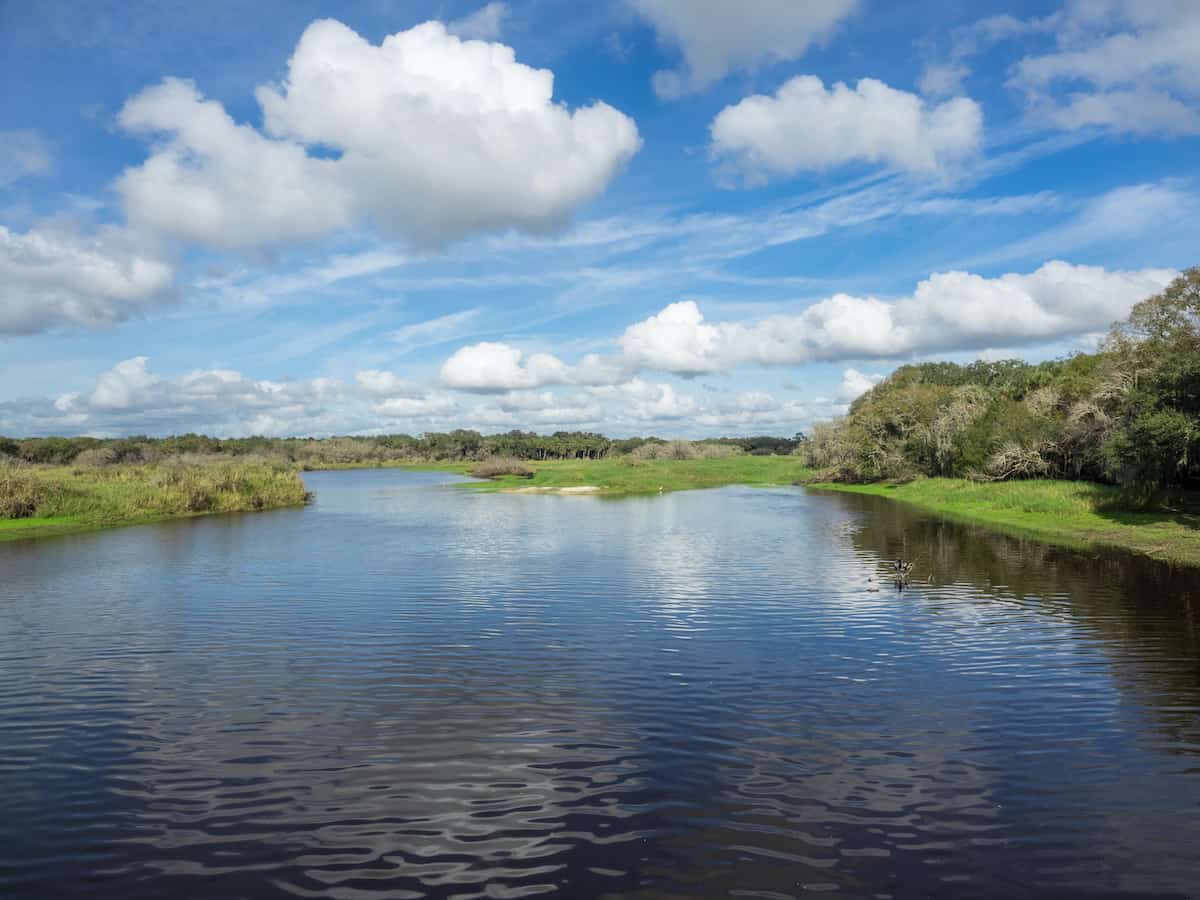 With a resort-city vibe, North Port is another example of a laid-back town along the Gulf Coast. Close to Tampa and Sarasota, the city boasts great beaches and a leisurely pace. If sand isn’t your thing, you can check out the hiking trails and city parks.

North Port is the only city in Florida with an entire state forest within its city limits. We’re talking about 8,000 acres.

When it’s time to take a break, the city tempts you with its fresh seafood and local beer. Living here will keep you busy, but never make you feel like you’re rushing.

Renting a one-bedroom apartment will cost you $1,577 per month, on average. 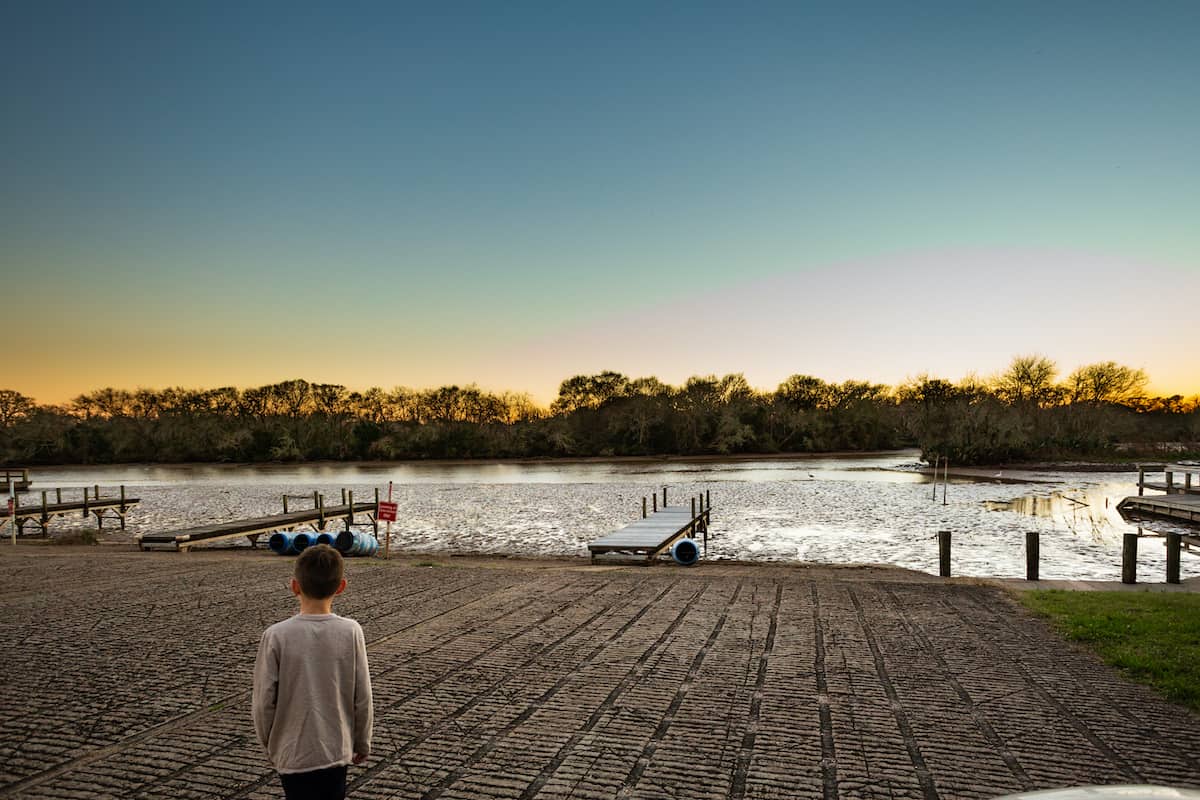 Like most smaller cities, Port Arthur isn’t too far away from a bustling metropolis. Houston is only about 90 miles to the west. The city’s main claim-to-fame is the largest oil refinery in the country. Since this is Texas, we’re not surprised it’s got something that’s the biggest.

Situated on Sabine Lake, just a few miles from the Gulf of Mexico, Port Arthur is an idyllic location for outdoor lovers. With excellent beaches and plenty of natural beauty, you can devote hours to bird watching, kayaking and thriving in a naturalist’s paradise.

What’s also special about the city is its culture. Being so close to Louisiana, Port Arthur offers up the best in Texas charm and Cajun cuisine. Cultural history plays a big part here, and you’ll benefit heavily from all the influences absorbed into the city.

Expect to pay $657 per month to rent a one-bedroom apartment. 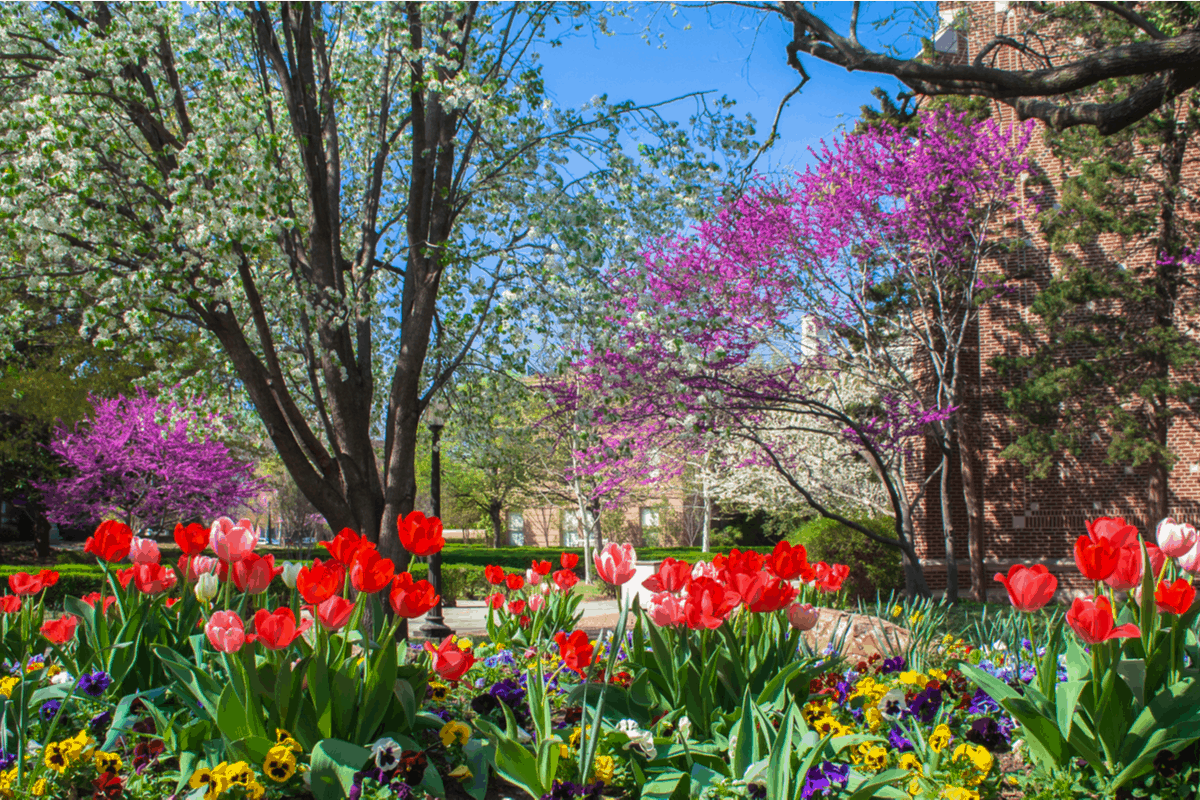 In Norman, the talk of the town centers on one subject — football. Specifically, locals are talking about the University of Oklahoma Sooners and their seven national football championships. This is a college town and a sport’s fanatic’s dream, but Norman has so much more to offer.

This city is also a perfect place for tornado chasers. It’s the home of the National Weather Center, one of the largest employers in Norman. Here, meteorologists, climatologists and more study storms and beef up their knowledge on weather patterns and technology.

While living in Norman will cost you about $712 per month to rent a one-bedroom apartment, you won’t be home much. The city offers up an excellent arts scene and plenty of culture. There’s also great food and a yearly music festival that will make you feel like you’re in a big city. 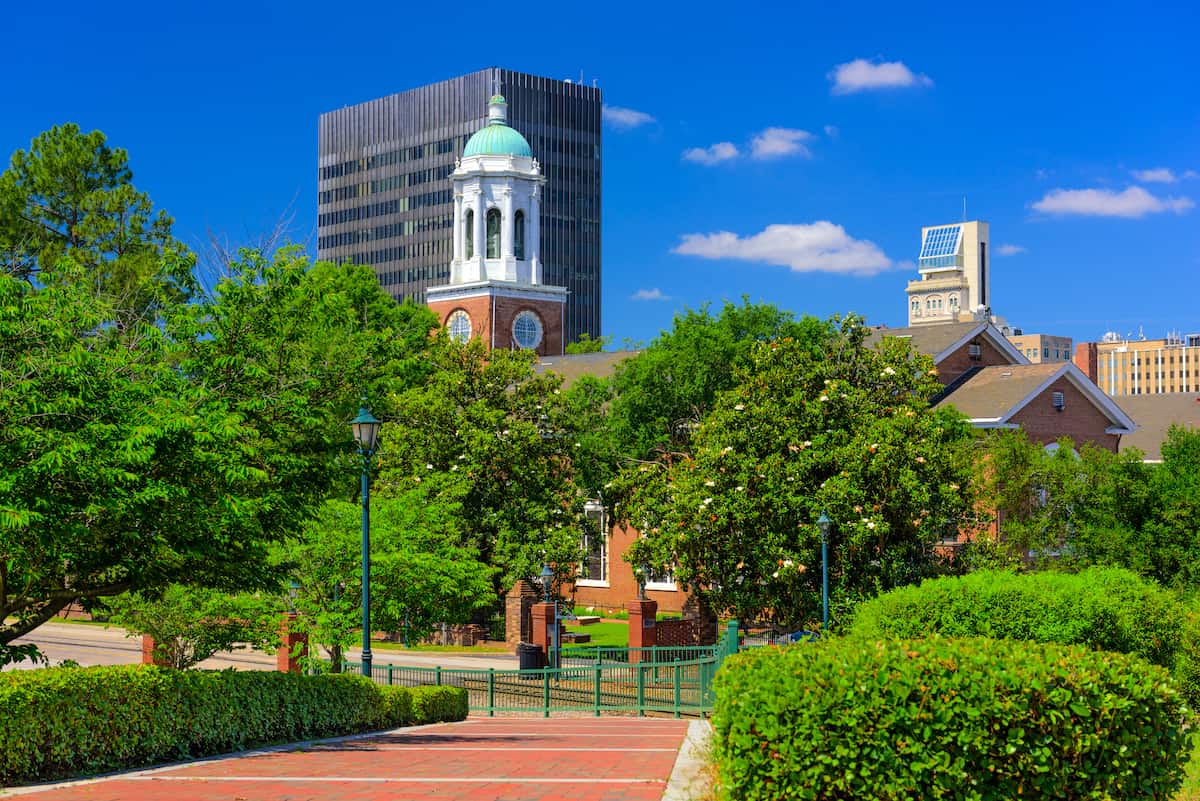 When you think of this Georgia city, does the image of a green sport coat immediately come to mind? You’re not alone. The annual Masters Tournament at Augusta National is one of golf’s most celebrated events. Sure, tickets are a little hard to come by, but here’s an insider’s tip: If you can manage to get in, food and beer at the tournament are a true bargain.

There’s also plenty to do here beyond the green. Stroll along the Savannah River by way of the Augusta Riverwalk, but make sure to stop by the Augusta Museum of History to pay homage to James Brown, a hometown hero.

Already charmed? Why not stay for a while? Setting up shop in Augusta will set you back about $1,013 per month. 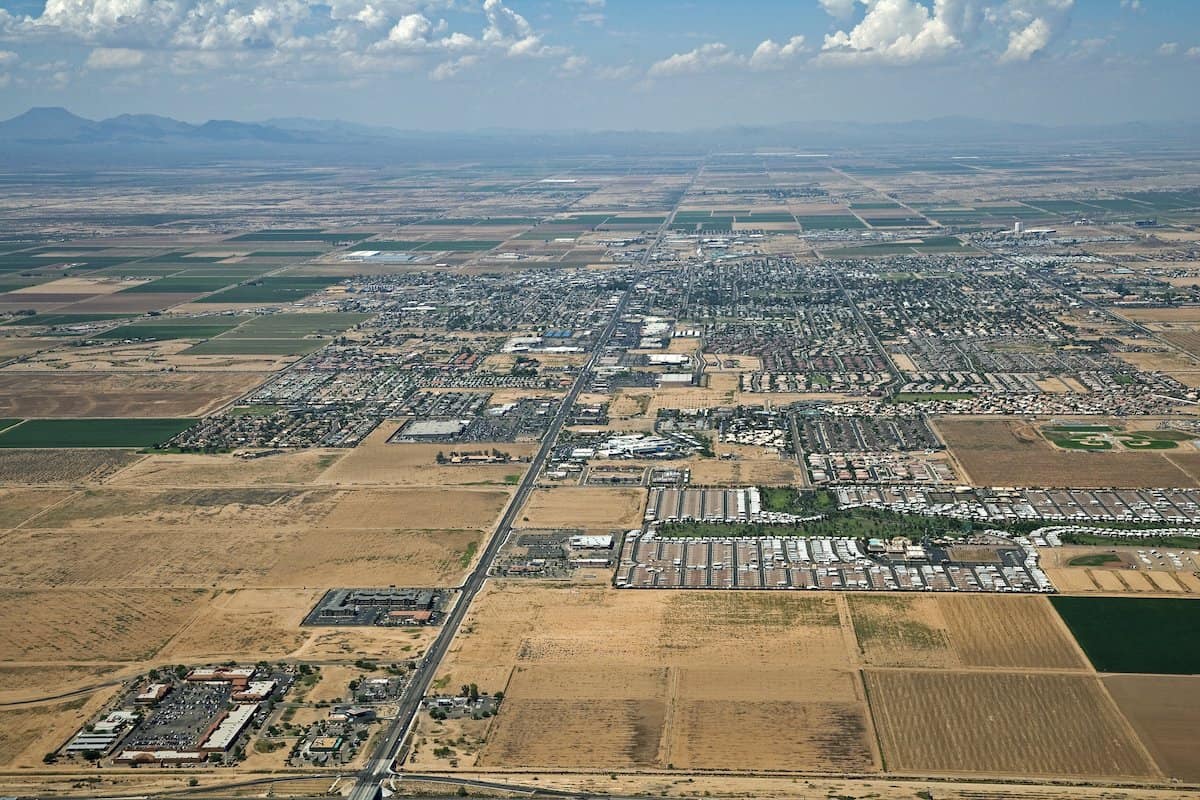 An affordable place to live among the luxury of some larger cities, Casa Grande gives residents the best of the state. Situated directly between Phoenix and Tucson, Casa Grande is where you come to enjoy Arizona’s natural beauty and just relax.

With a rural history, Casa Grande still holds onto old-fashioned values. Here, you’ll find a mix of retail, manufacturing and agriculture. To rent a one-bedroom apartment, budget for an average monthly cost of $892.

The sun shines here almost every day of the year, so there’s no shortage of ideal weather to get outside to hike, climb and explore the unique, natural beauty of Arizona. There are plenty of city parks, and even more golf courses for those who like their outdoor activities to take place in a more landscaped space. 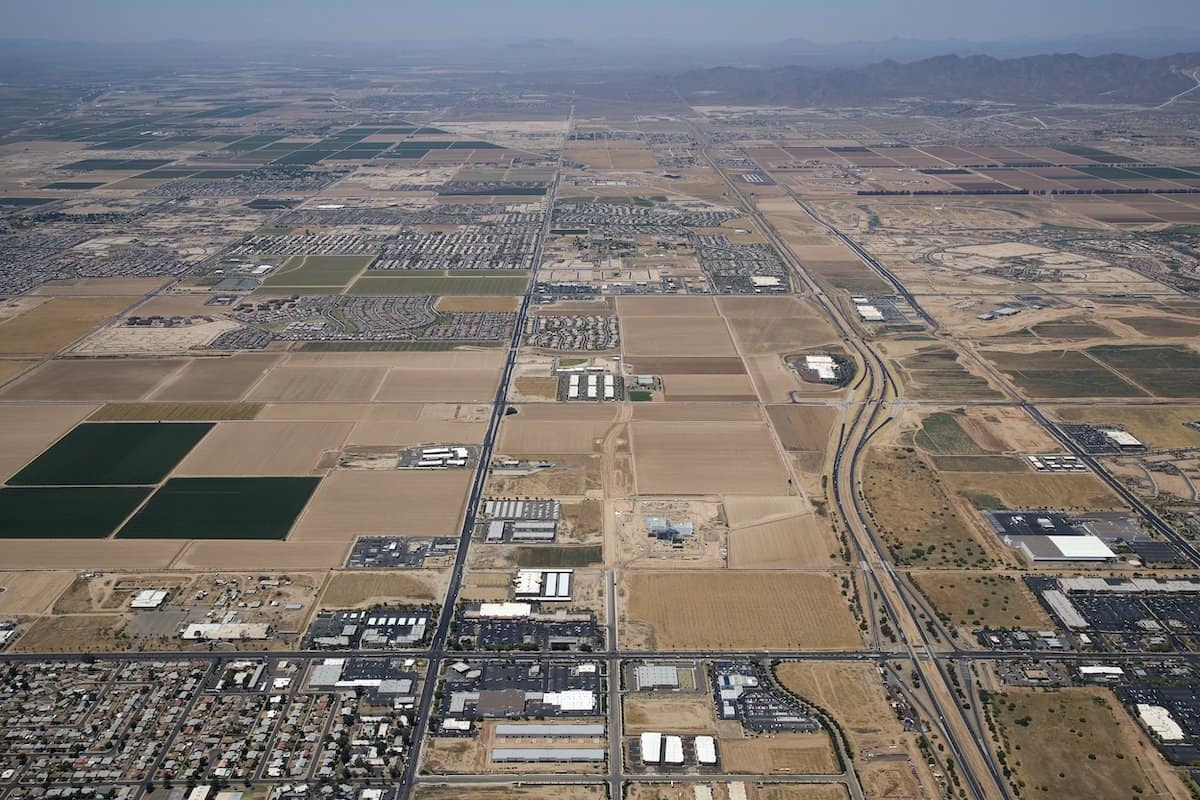 An outdoor-lovers paradise, Goodyear is for those who like to get active under the sun. Technically a suburb of Phoenix, residents can hike in Estrella Mountain Regional Park or enjoy a variety of recreational amenities at Canyon Trails Oasis.

If baseball is your thing, Goodyear is also home to major league baseball spring training. Two teams, the Cincinnati Reds and the Cleveland Indians, who’ll get a new name come 2022, come here each year to get ready. You can catch a pre-season game at the Goodyear Ballpark.

Living in Goodyear means paying an average monthly rent of $1,069 for a one-bedroom apartment. It also means you’ll have easy access to all the luxury waiting in Phoenix, as well as many shops, restaurants and local activities 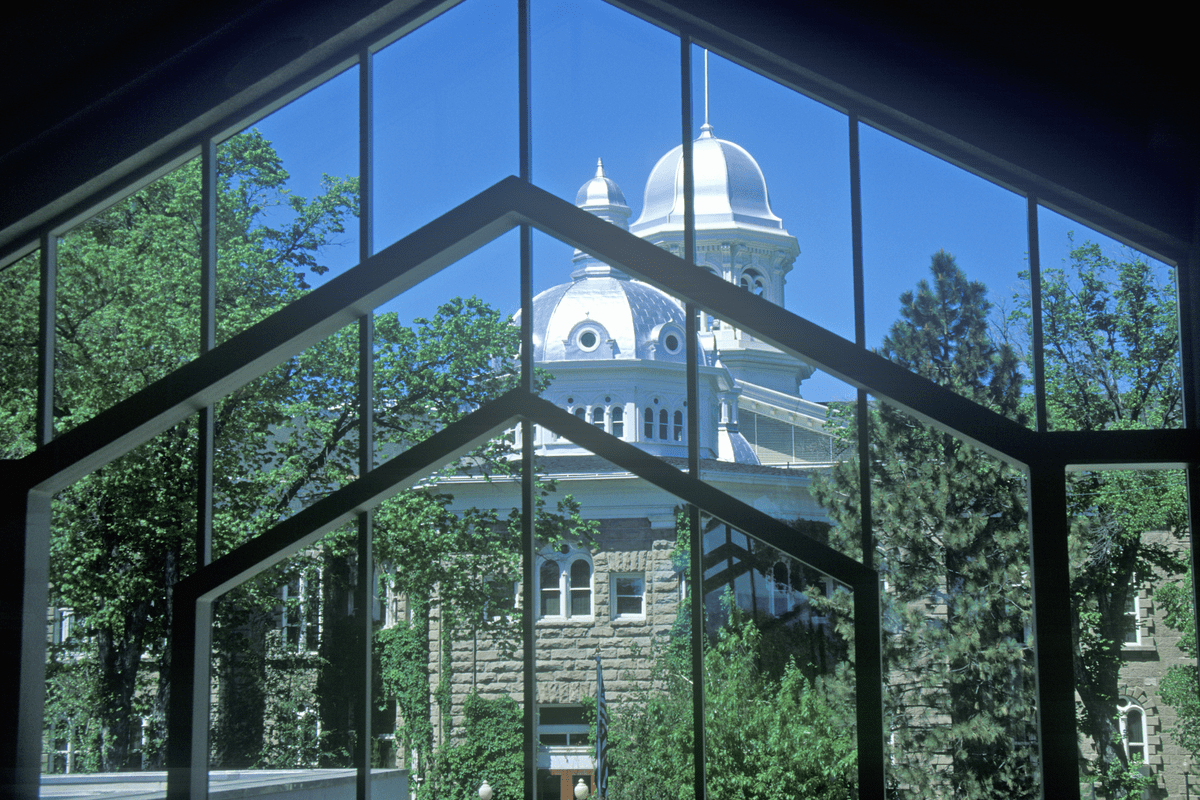 Nevada is so much more than desert landscape and neon-lit casinos, and Carson City reminds us of that. With its snow-capped mountains and proximity to Lake Tahoe, Carson City prides itself on the generations of residents who’ve called this city home.

There’s plenty of hiking, skiing, biking, rafting and more in and around Carson City. And, the semi-arid climate makes it possible to enjoy being outdoors all year round. With minimal rain, and more snow in the mountains than the valley, each season has a lot to offer outdoor enthusiasts.

A rich history, with its own marked walking path, Carson City offers residents a connection to the past that doesn’t overtake the culture of today. Renting a one-bedroom apartment here will cost you around $1,412 per month, making all this nature and activity affordably accessible. 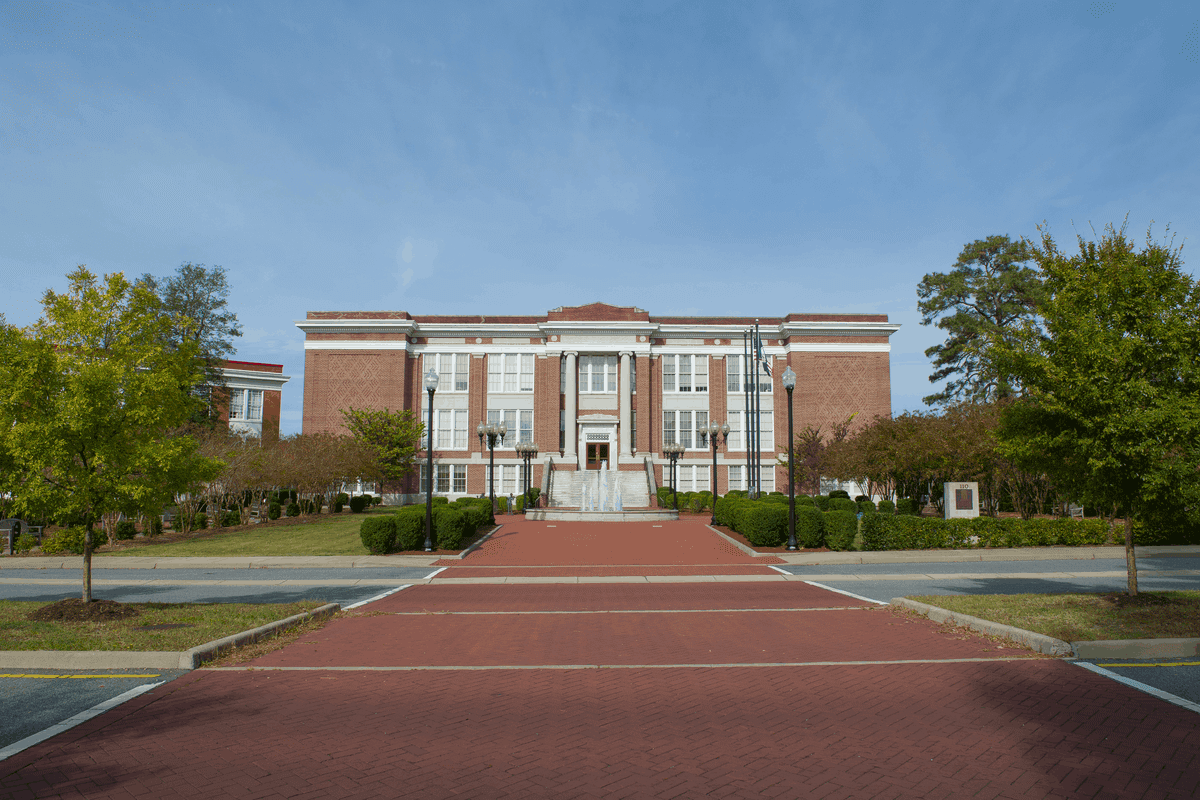 The city’s modern influence means there are plenty of boutique shops, high-end restaurants and more toward the center of town. There’s also a statue of Mr. Peanut since Suffolk is the birthplace of the Planters company.

Suffolk will keep you occupied outdoors. Visit creeks and parks, or set off on a boat. Spend a day exploring the Great Dismal Swamp, which has miles of trails and plenty of wildlife (not to mention a great name).

Living in Norfolk means paying an average of $1,276, per month, to rent a one-bedroom apartment. 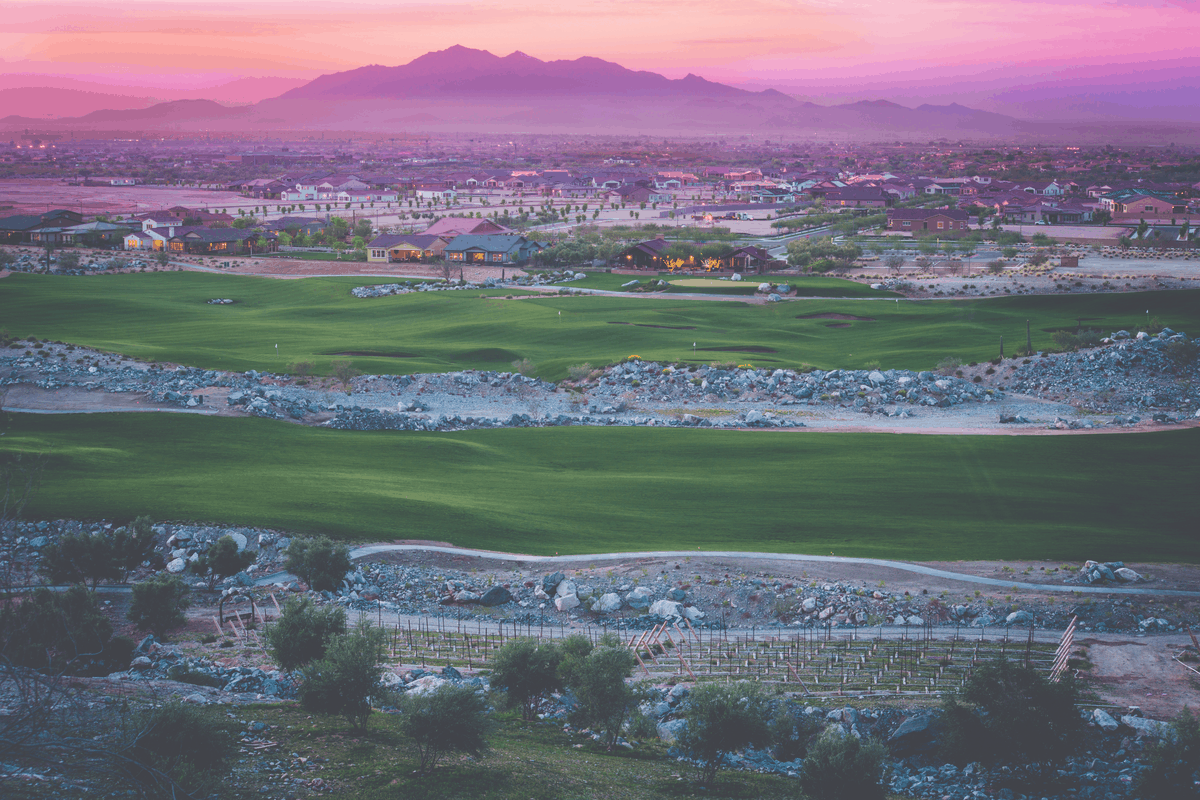 The third Arizona locale to make our list of least crowded cities, Buckeye is another Phoenix suburb with a lot of open space. A city that’s quickly growing, Buckeye supports both small businesses and larger enterprises, creating a lot of potential for job seekers.

More beautiful, year-round weather, than you’ll find in other places means this is yet another destination perfect for nature lovers. Buckeye offers up thousands of acres of natural desert to hike, climb and bike. You’ll get views of the Sonoran Desert and the Gila River as you meander through Buckeye Hills Regional Park.

The city is also a perfect stop for golfers. While there are over 200 golf courses in Buckeye and the surrounding areas, The Sundance Golf Club and Verrado Golf Club belong on your list of stops. 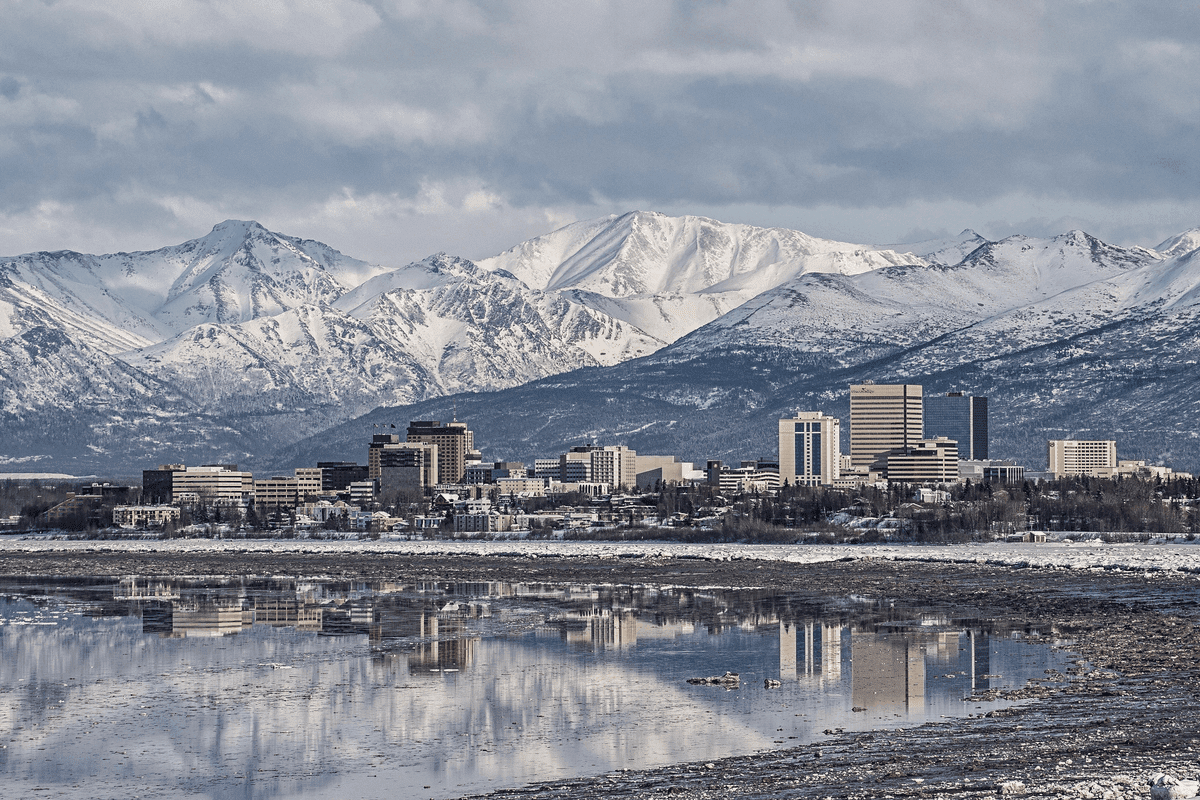 If it’s a wide-open space you’re looking for, then Anchorage is the place for you. Even though it’s the largest, and most populous, city in the state, get ready for plenty of room to roam when this is your home.

You may think with all the ice, cold and lack of crowds, Anchorage has a more rustic vibe, but it does well at combining its natural surroundings with modernity. You may see a moose wandering around as you head to a movie, restaurant or fashionable shop. A bald eagle may fly overhead as you pull up to a local fish market for some of the freshest seafood out there. It’s all mixed together to create a unique living experience.

As the best of two very distinct worlds, Anchorage gives you access to glaciers within the same area as a bustling urban center. It’s great, but you have to want to live in Alaska. Calling Anchorage home means facing serious weather, extra hours of daylight, and lots of cold.

If this is where you do end up, renting a one-bedroom apartment means budgeting to pay about $1,234 each month.

Rent prices are based on a rolling weighted average from Apartment Guide and Rent.com’s multifamily rental property inventory of one-bedroom apartments. We pulled our data in March 2021, and it goes back for one year. Our team uses a weighted average formula that more accurately represents price availability for each individual unit type and reduces the influence of seasonality on rent prices in specific markets.

The rent information included in this article is used for illustrative purposes only. The data contained herein do not constitute financial advice or a pricing guarantee for any apartment.