Lifestyle / The 10 most Irish cities in America

The 10 most Irish cities in America Most Irish cities in America celebrate their heritage and ancestry with cultural centers, museums, food and festivities — and not just on St. Patrick’s Day.

The Irish population in the U.S. is about 34 million people. That’s five times larger than the entire country of Ireland, which is just under 5 million. The largest concentration of those with Irish heritage is in the Northeastern part of the U.S.

Finding the most Irish cities in America

The most Irish cities were determined by examining the percentage of residents claiming Irish ancestry. We also looked at the number of Irish-related businesses, goods, pubs and restaurants per 100,000 people.

Curious about the most Irish city in America? Check out the top 10 most Irish cities in America. Spoiler alert: Boston isn’t on this list (but two neighboring cities are), and no cities from Arizona made the list. 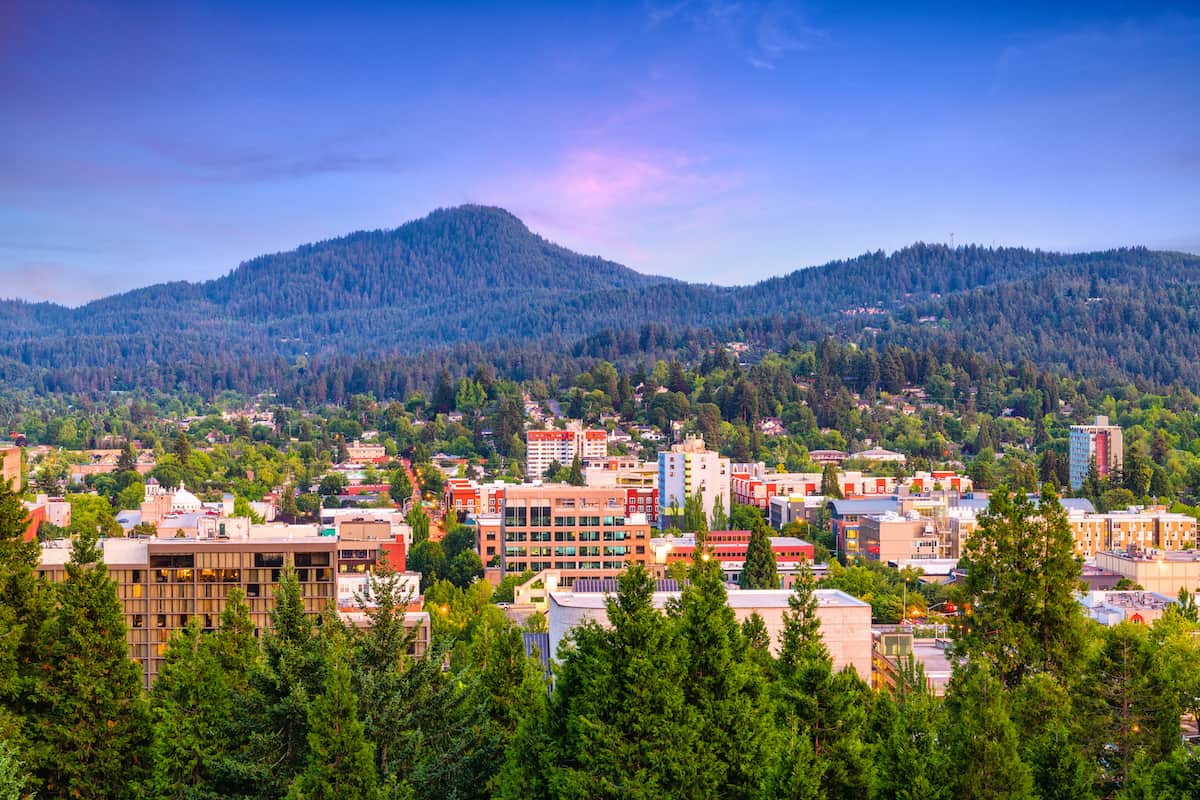 One hundred miles outside of Portland is Eugene.

Many of Eugene’s first residents have Celtic heritage, which is why the town welcomes a yearly Irish Culture Festival in March. The festival features a variety of workshops and performances. They celebrate the Celtic heritage and even offer opportunities for people to trace their Irish genealogy. There are also dance lessons, performances and workshops.

Venture to downtown Eugene and you’ll find The Pint Pot Public House, known for having one of the best Patrick’s Day celebrations in town. Patrons enjoy delicious food, craft beers and of course, some decadent Irish coffee.

McShanes, a two-story bar and grill on the edge of town is also a divey local favorite. The pet-friendly establishment has a back patio and has live music.

A one-bedroom apartment here will cost an average of $1,686 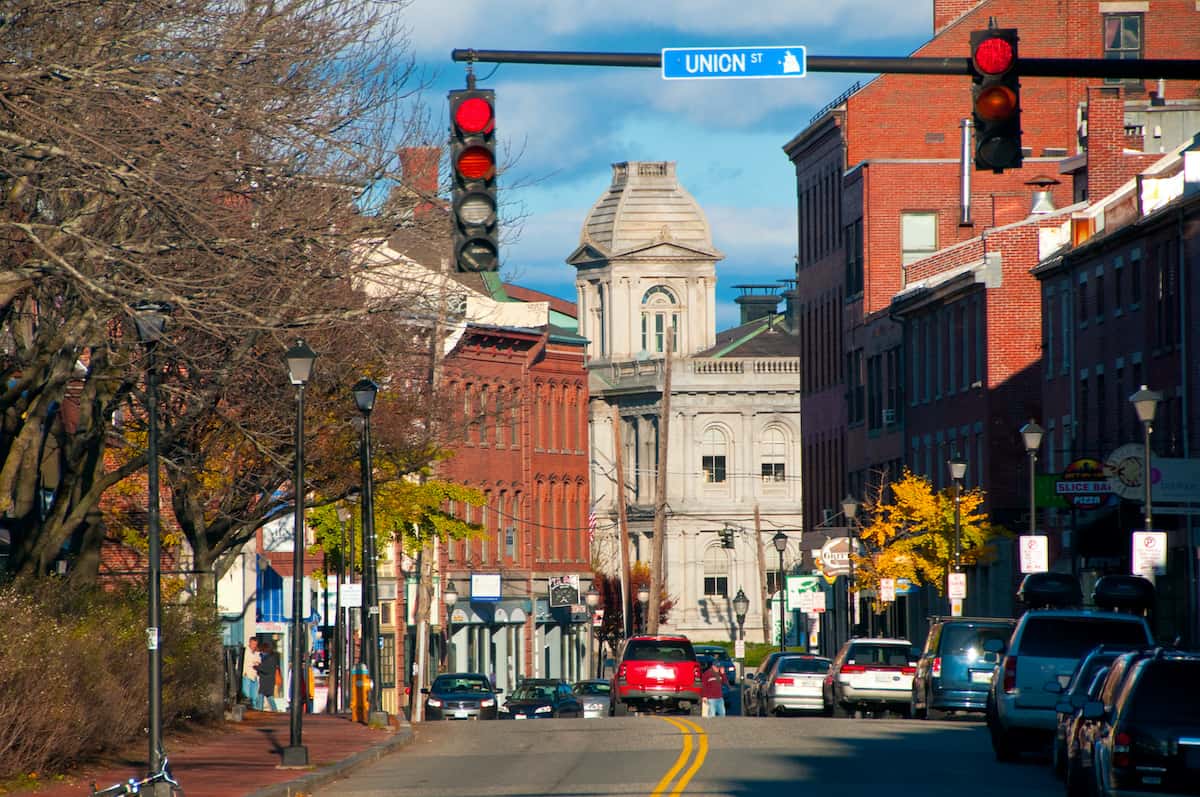 The lovely town of Portland has strong Irish roots. Portland’s Irish American Club has existed for over four decades. The club serves to preserve Irish-American culture, history and community.

You’ll also find the Maine Irish Heritage Center that is “The Hub of All Things Irish in Maine.” The center provides a way to learn about Irish culture and history. 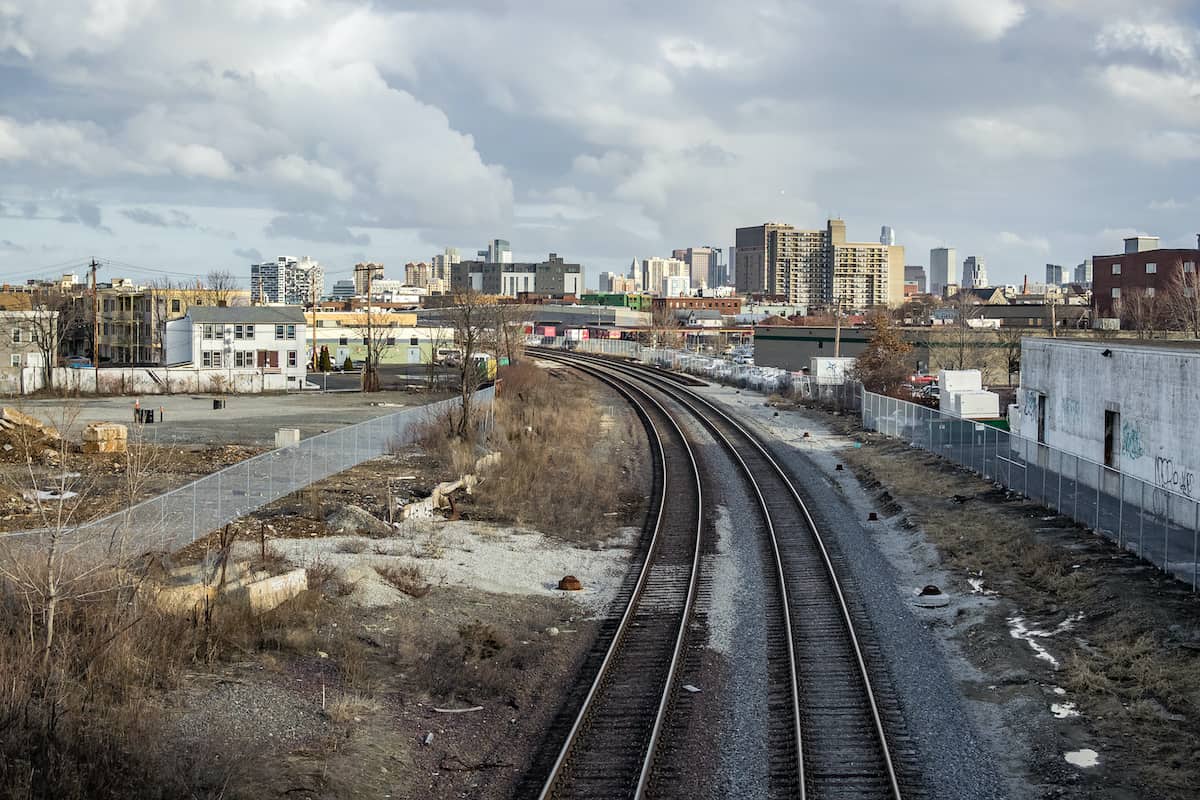 The Irish have made a name for themselves in Somerville — a city just north of Boston. It’s hard to imagine Davis and Union squares without their Irish-owned establishments. It’s just the place for Irish aficionados to drink a strong pint of Guinness or Bushmills.

Residents in Somerville also frequent Bull McCabe’s, which is a lively venue for music.

Teleport to Dublin at The Burren, where patrons delight in vegetarian versions of shepherd’s pie, pot pie or a Guinness stew. The Burren also offers nightly live music and a free comedy show once a week.

Somerville residents pay an average of $2,494 for a one-bedroom apartment. 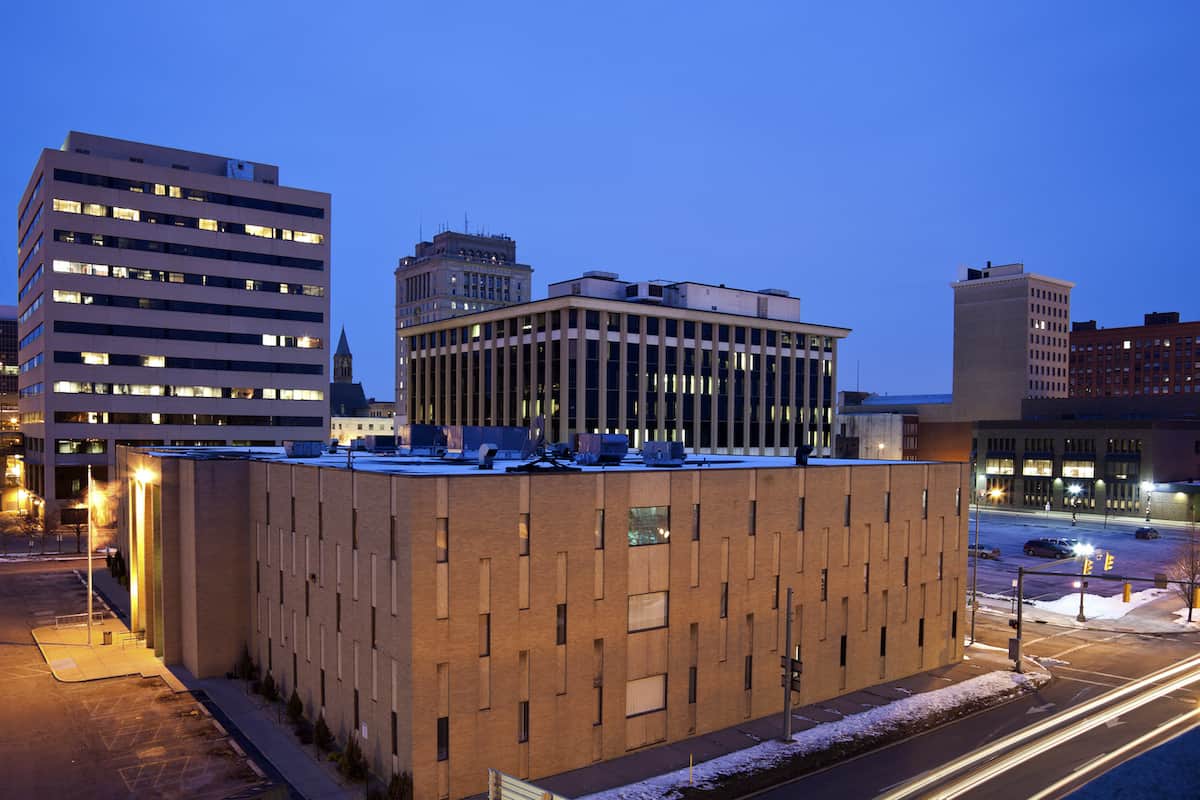 Canton is home to such well-known national landmarks, including the NFL Pro Football Hall of Fame and the William McKinley Presidential Library. It’s a hub of activity for celebrating Irish culture and St. Patrick’s Day.

This year’s festivities will include traditional Irish dancers, bagpipers and music. It will take place at the Royal Docks Brewing Co, a perfect place to get your Irish breakfast. Try some scrambled eggs, baked beans, cumberland bangers and a seared tomato.

The Villa Grande at Gervasi Vineyard is also holding a St. Patrick’s Day gathering called “Irish I had another Beer” event. This includes seasonal stout and a full Irish dinner.

The average cost of rent here is a bargain-priced $529 for a one-bedroom apartment. 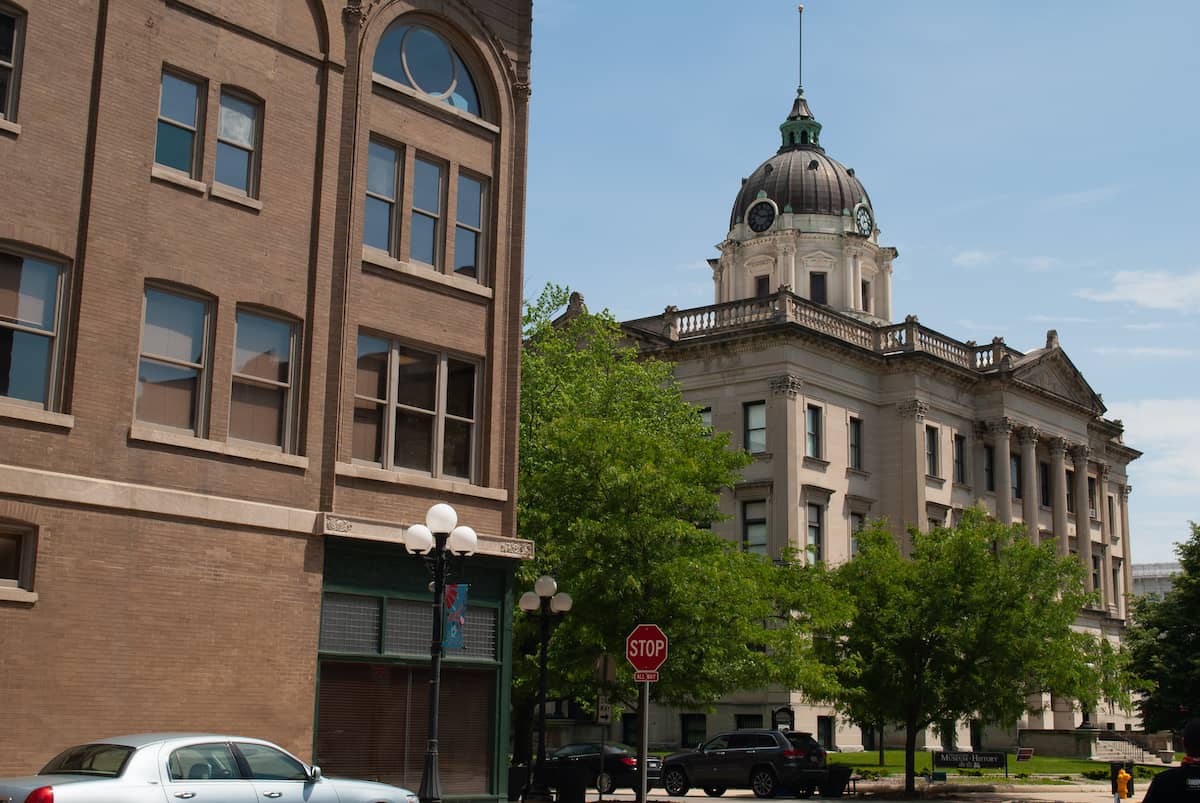 For Irish cuisine and a cold beverage, Bloomington residents frequent Maggie’s Miley’s Irish Pub. It’s a hotspot where you can always find an incredible Irish atmosphere and exciting football matches.

Residents can also roll into Saint Patty’s Skate at the Pepsi Ice Center. Skaters can listen to Irish songs, savor specialty treats and participate in a best-dressed leprechaun contest.

Find a one-bedroom apartment here for an average of $767 a month. 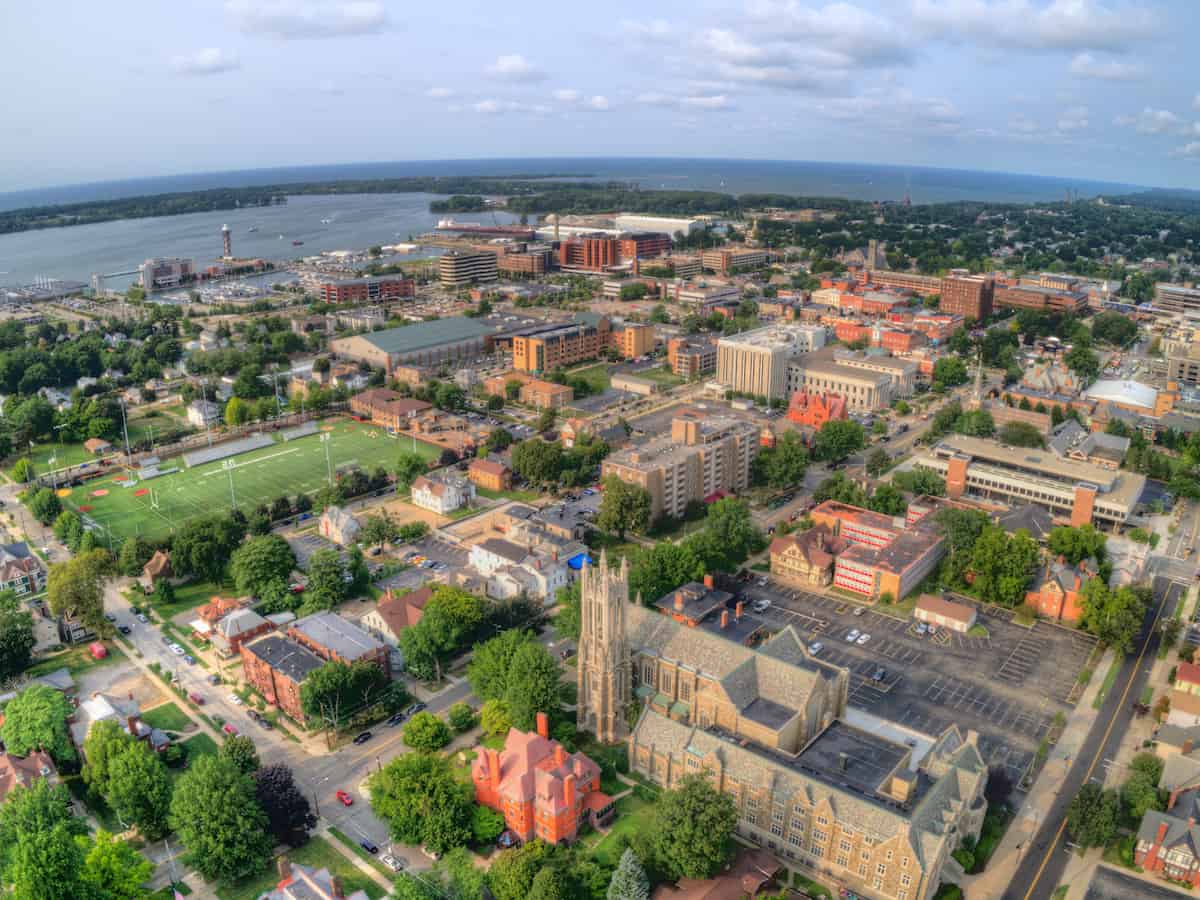 Irish immigrants first arrived in Erie poor but hopeful. These settlers rose up to become political leaders, business owners, educators and service workers. Folks in Erie remember and preserve stories from the early settlement in the area — especially on St. Patrick’s Day.

Getting a taste of Ireland isn’t hard to find here. The residents celebrate St. Patrick’s Day at the Erie Irish Festival. The celebration offers Irish brews and coffees, clothing and their infamous Irish harp battered fish.

In downtown Erie, Molly Brannigan’s is the Irish go-to. Patrons delight in scrumptious food, drink and legendary Erie-Irish tradition. And with an average rent of $1,256 for a one-bedroom apartment, you’ll have plenty of money left over for a pint of Guinness. 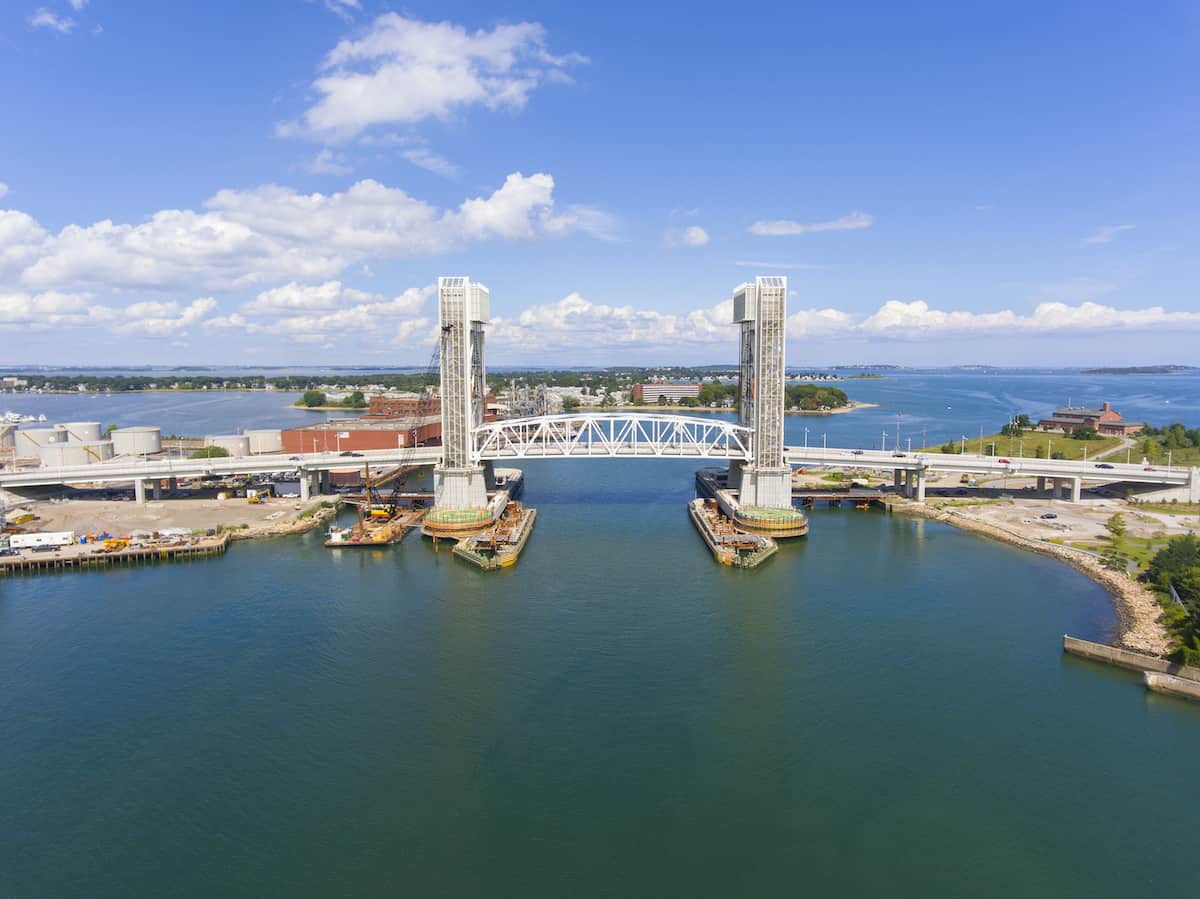 The early Irish settled in Massachusetts. The concentration of Irish-Americans is high in Quincy, a town located just south of Boston. Massachusetts changed drastically in the 19th century due to the influx of Irish immigrants, hired as workers and servants.

Quincy honors its community of Irish descendants through the Irish Cultural Centre of New England. Learn about Irish literature, hear traditional music and dance and explore the ancient Celtic language.

For food and drink, Malachy’s Saloon is a favorite spot. The average price of rent in Quincy is $2,228. 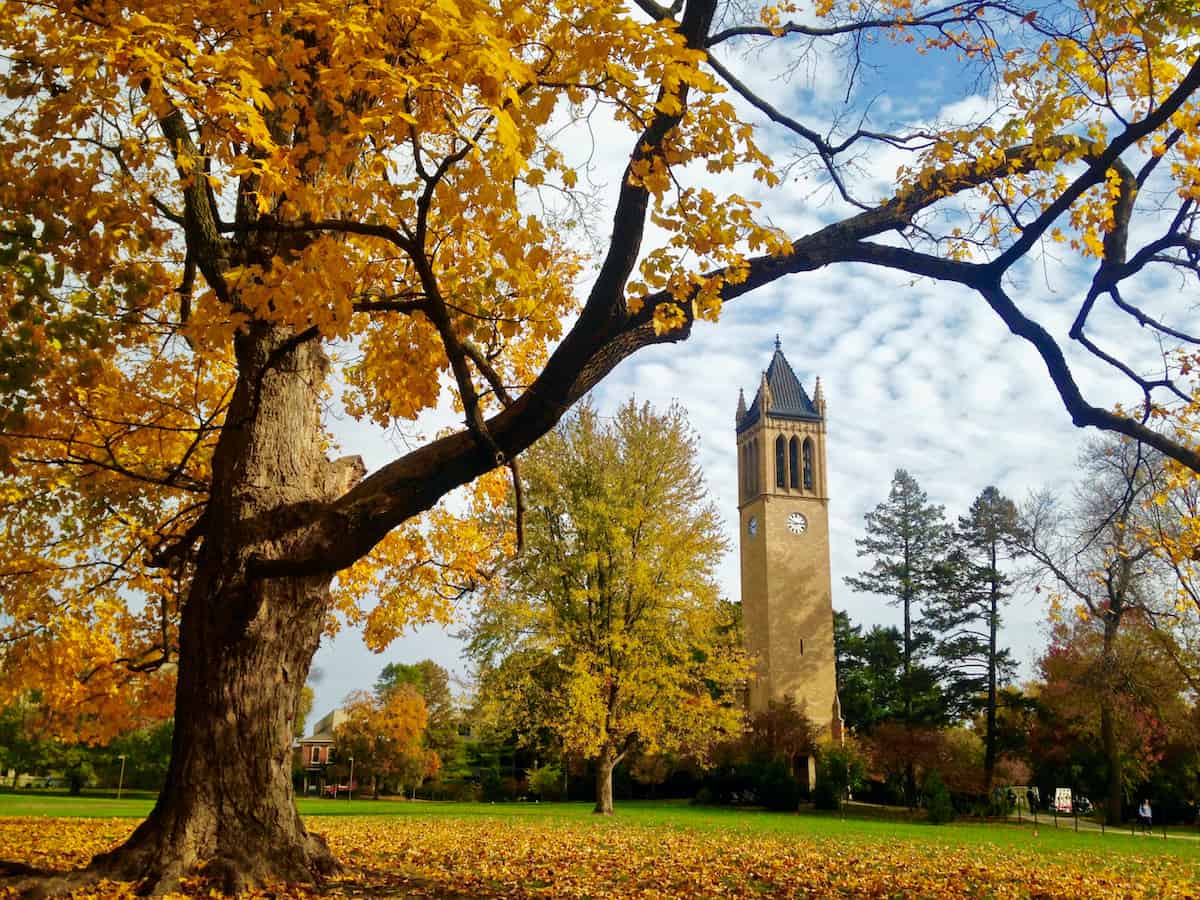 Ames is home to Iowa State University of Science and Technology, Reiman Gardens and a dense Irish population.

Ames has a small-town charm and plenty of Irish festivities and culture. Check out Ames’ cultural Irish dance center and the town’s yearly Irish Fest. The festival takes place each August in the Lincoln Park area of downtown Waterloo.

A popular gathering spot is Dublin Bay, arguably one of the best restaurants in the area and a hidden gem. Located in an unassuming building, the welcoming pub has a robust menu. They serve Guinness battered onion rings, shepherd’s pie and soda bread.

You’ll spend $775 for an average one-bedroom apartment in Ames. 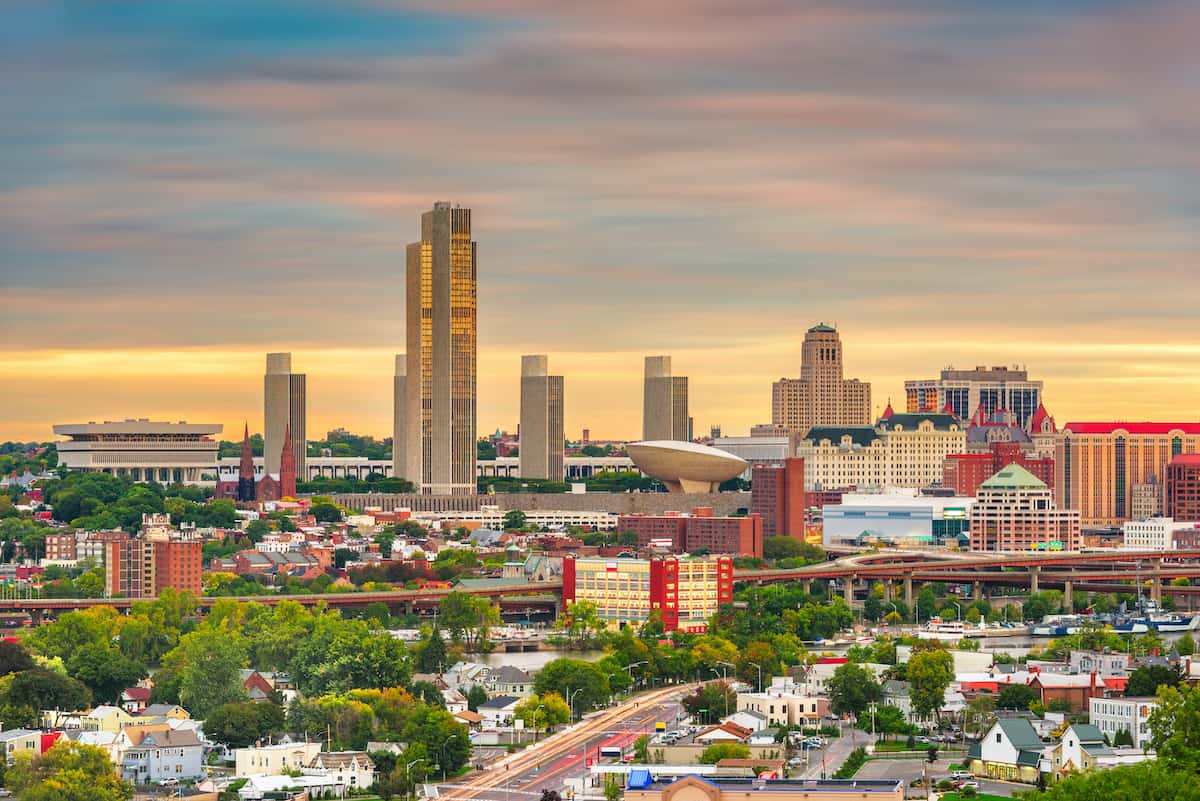 Experience Irish culture at its finest in Albany. Irish immigrants first arrived here all the way back in the 1640s.

The town has its own Irish American Heritage Museum. The institution preserves the stories of the Irish people assimilating into American culture. The museum is a hub for year-round lectures, film screenings, book signings and more. 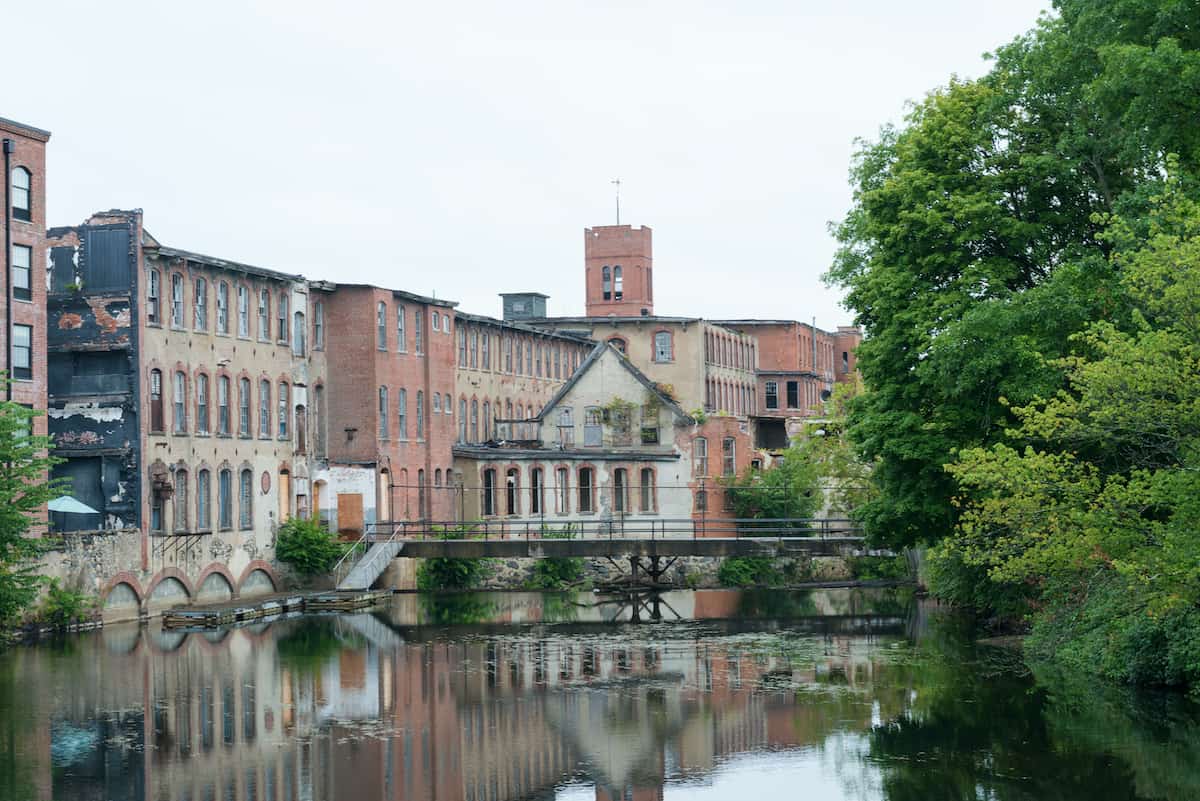 Residents enjoy a small taste of Ireland at County Cork Irish Pub, which overlooks the heart of Warwick Cove.

The average rent price in Warwick is $1,011 for a one-bedroom.